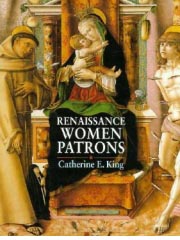 This study examined, for the first time, the powers of a wide variety of lay women who were able to commission art in Italy. Women of quite lowly status could contribute to a parish project, whilst the wives of lawyers, doctors and bankers emerged as able on occasion to act as patrons. The legal status of the wife as opposed to the widow, depending on whether women were under Lombard or Roman law, was examined, as it related to the relative agency of female patrons. 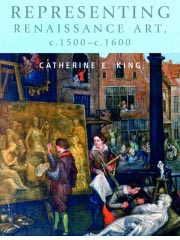 The book is a pioneering study which considers the expanding iconographies of art and artists during the sixteenth century. Well established traditions, such as the depiction of artist-saints are examined, as well as the many new ways of celebrating individual artists and representing the scope of Painting, Sculpture, Architecture and Design invented during this period. The study highlights the places where such visual images were to be seen, whether in artists’ own houses, or their guild chapels and processions or in the new illustrated books about art. 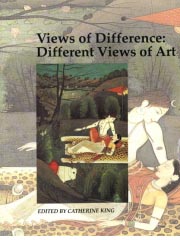 In a fascinating series of case studies, this book looks at the ways in which European colonizers interpreted the arts of the people they colonized, as well the ways in which they have tended to view art produced by the colonized and their descendants in post-colonial times.