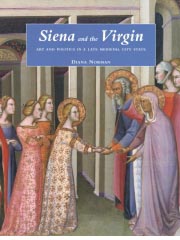 Celebrating the Virgin Mary as both an object of religious devotion and a focus of civic pride, fourteenth-century artists established within their city a vibrant pictorial tradition that continued into the early decades of the next century. Such celebratory images of the Virgin were also common in Siena’s extensive subject territories, the contado . This richly illustrated book explores late medieval Marian art – how it was commissioned, created and understood by the Sienese. 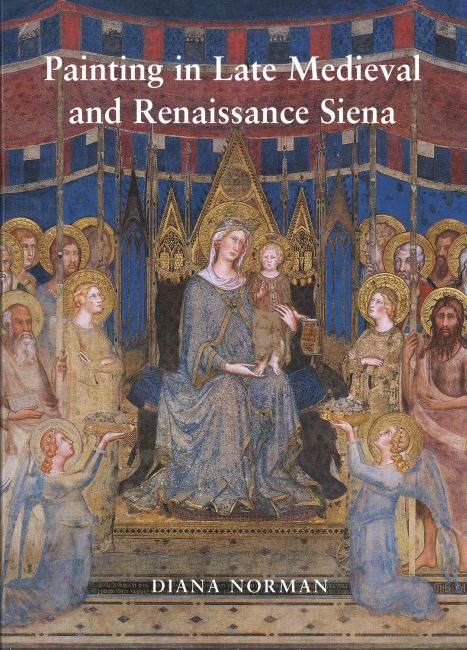 The city of Siena, one of Italy’s major artistic centers, was home to many celebrated painters, among them Duccio, Simone Martini, Ambrogio and Pietro Lorenzetti, Sassetta and Beccafumi. This generously illustrated book provides a survey of Sienese painting from 1260 to 1555, an era of extraordinary artistic creativity in the Tuscan city. Art historian Diana Norman addresses the style and artistic technique of Sienese painters throughout the three centuries and explores why paintings were made, where they were originally seen, and how they were used and enjoyed by their audiences.