Home Research Books Landscapes of London: the City, the Country and the Suburbs, 1660-1840 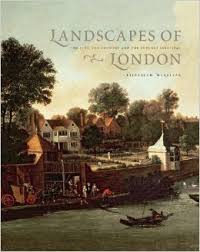 This book is the first major study of the rural-urban interface in the London area in the long eighteenth century. It proposes that a conception of a ‘Greater London’ existed in the long eighteenth century which constituted a significant trope in metropolitan life and culture. It is the first major study to emphatically shift scholarly attention from the polite culture of the fashionable West End, where most recent studies have been concentrated, to the city’s hinterland where urban and rural met forming a new suburban environment. The book for the first time conclusively shows that a suburban culture was firmly established in the London area from the mid-late seventeenth century overturning the conventional chronology which places the first suburbs (in the modern sense) as beginning in the early nineteenth century. This publication will provide the first interdisciplinary cultural history of this area analysing it in relation to a number of key debates in the period concerning modernity and national, social and gender identities. The primary focus will be on the environment through an analysis of architecture and topography. However, in concentrating on those aspects a wide range of innovative source material, visual and textual has been used including: prints, maps, fiction, songs, newspapers, guidebooks and other popular literature, as well as buildings and landscapes.