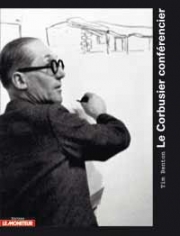 Professor Tim Benton was jointly awarded the Prix National du Livre by the Academie d'Architecture in France for his book Le Corbusier conférencier. Tim shared the prize with Philippe Prost, author of Vauban le style de l'intelligence (Archibooks, Paris). The prix du livre is the most prestigious prize for books about architecture in the French language. An English edition of the book, The Rhetoric of Modernism; Le Corbusier as a lecturer (Birkhauser) was published in 2009. The book is a collection of numerous excerpts, preliminary notes, accompanying drawings, and photographs produced by Le Corbusier for his lectures. It covers the period 1924-1929 and analyses the construction, content and use of verbal and visual aids.